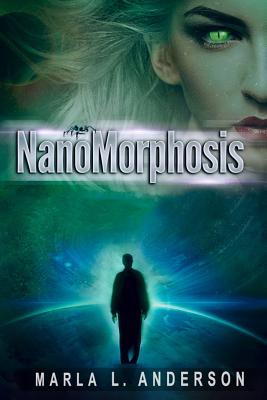 Despite the risk of renewed alien aggression, Daniel Walker launches a mission to find a new world, but never expects his greatest challenge will come from his fellow man.

At ten years old, Daniel witnessed a horrific event that left him orphaned--first contact. With no forewarning, the huge bird-like Garuda destroyed Earth's outposts. Attacked on a distant asteroid with his parents and their fellow scientists, young Daniel escaped by locking himself inside a small storage tube, where he remained trapped for days in total sensory deprivation. Waiting for rescue, Daniel slowly lost his sanity, and after years of therapy still struggles with flashbacks. The only human to have survived, he became reluctantly famous, but in adulthood Daniel uses that fame to fulfill a single-minded ambition. He will complete his parents' dream to find a habitable new world.

Cadmon Dhyre was also orphaned at an early age, but his experience was worlds apart. Cadmon grew up in a carrier camp along with millions of others afflicted with the disfiguring 'toad' virus. Carriers are shunned and despised for no fault of their own. Embittered, but driven, Cadmon employs his innate genius to become a medical doctor and renowned nanotechnologist determined to find a cure for this affliction. When blocked at every turn, he grows increasingly ruthless.

Daniel Walker is prepared to face the Garuda again, but it will be Cadmon Dhyre who poses the far greater threat to Daniel's dreams and everyone he holds dear.

When the ambitions of men collide, the future hangs in the balance.