Long Hidden: Speculative Fiction from the Margins of History (Paperback) 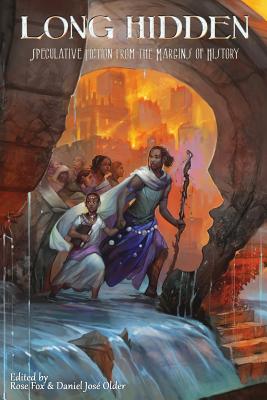 In 1514 Hungary, peasants who rose up against the nobility rise again – from the grave. In 1633 Al-Shouf, a mother keeps demons at bay with the combined power of grief and music. In 1775 Paris, as social tensions come to a boil, a courtesan tries to save the woman she loves. In 1838 Georgia, a pregnant woman's desperate escape from slavery comes with a terrible price. In 1900 Ilocos Norte, a forest spirit helps a young girl defend her land from American occupiers. These gripping stories have been passed down through the generations, hidden between the lines of journal entries and love letters. Now 27 of today's finest authors – including Tananarive Due, Sofia Samatar, Ken Liu, Victor LaValle, Nnedi Okorafor, and Sabrina Vourvoulias – reveal the people whose lives have been pushed to the margins of history. - See more at: http://crossedgenres.com/#sthash.ppUQIdgd.dpuf