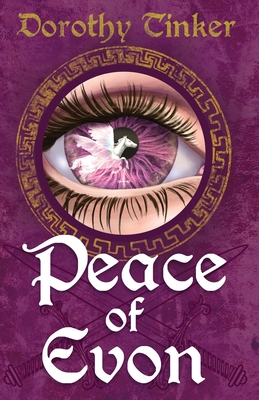 This is book number 1 in the Peace of Evon series.

Ferez Katani, young king of war-torn Evon, never expected to learn that the dangerous criminal known as the Ghost is actually James Caffers, a boy younger than himself. Nor does he suspect the truth: Caffers is, in fact, a girl and the missing heir of Kensy, Gemini Cosley. But when given the chance to travel anonymously with the strange youth in the hopes of finding peace for his country, Ferez accepts wholeheartedly. After all, it's only for a season.

However, their new alliance does not go unnoticed, and there are forces, both human and immortal, that would rather see them dead than submit to the peace they seek. With the support of a young dragon exiled from her home, a facetious stallion who doesn't understand when a neigh is a nay, and a warrior mare with the ability to resist Animal Magic, they face arrogant nobles, powerful mages, and a chaotic being whose sole desire is to thwart the peace of Evon.