Behind the Scenes: Or Thirty Years a Slave, and Four Years in the White House (Paperback) 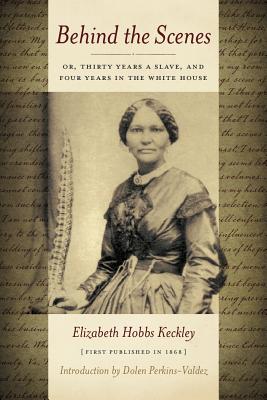 Behind the Scenes: or Thirty Years a Slave and Four Years in the White House was first published in 1868 and is considered one of the most candid and poignant slave narratives. Author Elizabeth Hobbs Keckley writes about her teenage years, working as a slave for the Rev. Robert Burwell in Hillsborough, NC. He is thought by many historians to have been Keckley's half-brother. The Burwells had twelve children and ran an academy for girls. She writes about mistreatment and violence visited upon her by Rev. and Mrs. Burwell, and the unwelcome sexual advances and eventual rape by one of the town's white citizens. After Keckley gave birth to a son, she and her baby were sent to live with Burwell's sister.

Born into slavery, Elizabeth Hobbs Keckley endured untold hardships at the hands of her master and half-brother Robert Burwell in Hillsborough, North Carolina. She eventually purchased freedom for herself and that of her son in the 1850s and is now remembered as an entrepreneur, fashion designer, abolitionist, educator, writer, and community activist. Self-reliant and educated, Keckley used her dressmaking skills to set up a successful business in the pre-Civil War Washington D.C., where she became the modiste of choice for many of the most fashionable women in the nation's capital. Her talents and enterprising nature eventually led her to become seamstress to Mary Todd Lincoln and confidante to both Mary and Abraham Lincoln. After the assassination of President Lincoln, Keckley's friendship with Mary Todd Lincoln eventually shifted into one of caretaker, as the former first lady's financial troubles mounted and her mental health declined. In an effort to buoy their financial fortunes and to balance Lincoln's battered public image, Keckley wrote Behind the Scenes: or, Thirty Years a Slave and Four Years in the While House. It is considered both a slave narrative and, in the words of historian Williams Andrews, the first major text to represent the interests and aims of this nascent African American leadership class the postwar era.