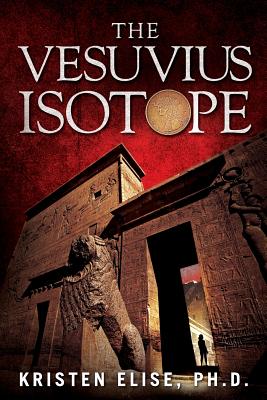 When her Nobel laureate
husband is murdered, biologist Katrina Stone can no longer ignore the
secrecy that increasingly pervaded his behavior in recent weeks. Her
search for answers leads to a two-thousand-year-old medical mystery and
the esoteric life of one of history’s most enigmatic women. Following
the trail forged by her late husband, Katrina must separate truth from
legend as she chases medicine from ancient Italy and Egypt to a
clandestine modern-day war. Her quest will reveal a legacy of greed and
murder and resurrect an ancient plague, introducing it into the
twenty-first century.

Kristen Elise, Ph.D. was born a scientist and decided at an early age to earn a living as one. A professional drug discovery biologist and life-long travel addict, Kris takes the inspiration for her novels from discoveries made both in and out of the laboratory. Kris' work as a cancer drug hunter converged with a research trip through Italy to spark her debut novel. Once ignited, The Vesuvius Isotope erupted like the volcano itself, sending readers on a global quest to investigate several non-fictional mysteries that have endured for more than two thousand years.

Kristen lives in San Diego, California with her husband, stepson, and three canine children. When not investigating historical mysteries, she continues to hunt for drugs and the stories they tell.