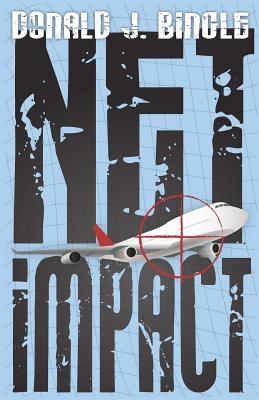 Dick Thornby is not Hollywood's idea of a spy. In his rough and tumble job there are no tailored Italian suits, no bimbos eager to please, and no massive underground fortresses built by evil overlords seeking world domination-just an endless series of sinister threats to the safety and security of the billions of mundane citizens of the planet. Sure, Dick's tough and he knows a few tricks to help him get out of a tight spot, even if his boss accuses him of over-reliance on an abundance of explosives. But he's also got a mortgage, a wife upset by his frequent absences on "business" trips, and an increasingly alienated teen-age son who spends way too much time playing in gaming worlds on the computer. When a mission to bust up an arms exchange in New Zealand goes spectacularly bad, ending with the showy destruction of the Dunedin port facility, Dick is thrown into a maze of conflict involving Hong Kong arms dealers, cyber-criminals, Chinese government goons attempting to suppress computer access by dissidents, and even militant Maoris seeking rocket launchers to shoot down tourist-laden jumbo jets. Then a young computer expert back at the Philadelphia headquarters for The Subsidiary, an international espionage agency created in the aftermath of 9/11, discovers that the bad guys are involved in a vast conspiracy. Dick is forced to partner with the espionage neophyte to battle evil on multiple fronts, leading to a final confrontation that incorporates real-world conspiracy theories and cutting-edge technology. In the end, Dick can save his partner, save his marriage, save his son, or save the world, but he can't do it all.