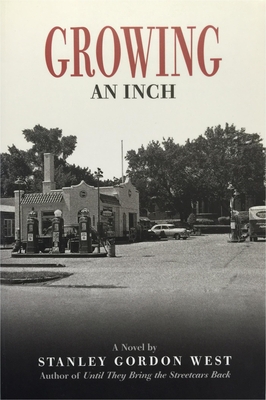 1949 A story about a boy who made a solemn vow and became a man keeping it.

Saint Paul/Minneapolis - Those unforgettable days after World War II when people turned back to their personal lives with optimism, a time of Fibber McGee and Molly, newsreels, milkmen, boogie-woogie, The Best Years of Our Lives and chrome grilled automobiles.

Against this evocative backdrop, Staley West composes this heartrending song, bittersweet lyrics that will lift your spirit, touch your heart and leave you humming… wishing it wouldn’t end.

In one fateful moment, Donny Cunningham comes face to face with unthinkable horror, when his live caves in on him.  Changed forever.   The task of raising his brothers and sister falls to him when his mother dies.  A senior at St. Paul Central, he does whatever it takes to keep his family together, while his father leads them ever closer to disaster.   Surrounded aby his zany and lionhearted siblings, his fun-loving friends, and hoping to find love and understanding from his high school sweetheart, Donny is caught between the law – which has a claim on his young brother – and the gangsters – who have a claim on his father.  This humor and daring and grit, he fights the dragon of regret with an inner courage and strength that belies his physical stature.