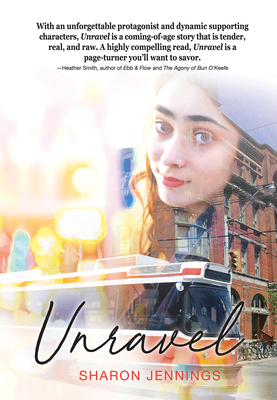 As Rebecca is about to turn twelve years old, she begins to realize that Joe, her father, is not the most supportive of parents. Rather he seems to want to turn her away from friendships, from involvement with others, from anyone who might intrude on their two lives. When it seems their affectionate neighbor is becoming too inquisitive, Joe abruptly arranges for himself and Rebecca to make a quick move to another place in the city. And as she reflects on things, Rebecca realizes that this is what has always happened. Also, she doesn't attend school, but is doing what her dad calls home-schooling. When she asks her father about her family he says they are all dead. For various reasons, as Joe explains. That means the two of them are alone in the world, making their own way. Or, perhaps, allowing Joe to make whatever moves he wishes to without consulting anyone else -- least of all, his daughter.

Life changes for Rebecca the day that she spots a new neighbor in their latest apartment building -- someone who, though she seems a little fragile, has an aura of elegance about her and who also takes an immediate interest in the girl. As Rebecca gets to know Phoebe better, she also is able to look at Joe with different eyes -- and, in the end, she realizes that her father is not at all who he has presented himself as.