The Hooked X: Key to the Secret History of North America (Paperback) 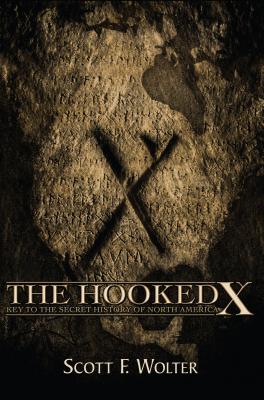 The Hooked X is a secret symbol first found on an inscribed slab of rock, dated 1362, unearthed by a farmer in Minnesota in 1898. This mysterious symbol inspired the author to pursue a nine-year investigation on both sides of the Atlantic that led to the discovery of other artifacts and clandestine documents indicative of secret trips to North America long before Columbus. The trail of evidence led to a deep plunge into the shadowy areas of Freemasonry and the Knights Templar that most brethren of these orders are unaware of. This incredible true story reveals untold secrets of North America that weave from medieval times through today, forever changing history as we know it.

Forensic geologist Scott Wolter is the host of History’s H2 channel’s hit show American Unearthed,™ which follows him on his quest to uncover the truth behind historic artifacts and sites found throughout North America. Scott is also the author of several books, including The Kensington Rune Stone: Compelling New Evidence and The Hooked X: Key to the Secret History of North America. Scott has been president of American Petro­graphic Services, Inc., since 1990 and has been the principle petrographer in more than 7,000 investigations throughout the world, including the evaluation of fire-damaged concrete at the Pentagon following the attacks of September 11, 2001.