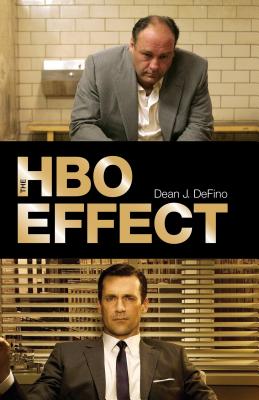 No advertisers to please, no censors to placate, no commercial interruptions every eleven minutes, demanding cliffhangers to draw viewers back after the commercial breaks: HBO has re-written the rules of television; and the result has been nothing short of a cultural ground shift. The HBO Effect details how the fingerprints of HBO are all over contemporary film and television. Their capability to focus on smaller markets made shows like Sex and the City, The Sopranos, The Wire, and even the more recent Game of Thrones and Girls, trigger shows on basic cable networks to follow suit. HBO pioneered the use of HDTV and the widescreen format, production and distribution deals leading to market presence, and the promotion of greater diversity on TV (discussing issues of class and race).
The HBO Effect examines this rich and unique history for clues to its remarkable impact upon television and popular culture. It's time to take a wide-angle look at HBO as a producer of American culture.

Dean J. DeFino is Associate Professor of English and Director of Film Studies at Iona College in New Rochelle, New York, USA. His previous publications include Faster, Pussycat! Kill! Kill! (forthcoming), and numerous essays on a range of subjects, from The Sopranos to The Maltese Falcon to Trailer Park Boys.