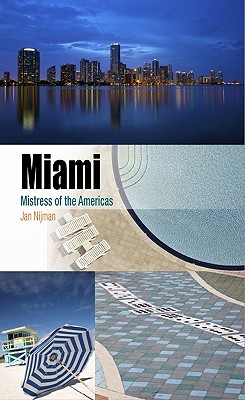 As a subtropical city and the southernmost metropolitan area in the United States, Miami has always lured both visitors and migrants from throughout the Americas. During its first half-century they came primarily from the American North, then from the Latin South, and eventually from across the hemisphere and beyond. But if Miami's seductive appeal is one half of the story, the other half is that few people have ever ended up staying there. Today, by many measures, Miami is one of the most transient of all major metropolitan areas in America. Miami: Mistress of the Americas tells the story of an urban transformation, perfectly timed to coincide with the surging forces of globalization. Author Jan Nijman connects different historical episodes and geographical regions to illustrate how transience has shaped the city to the present day, from the migrant labor camps in south Miami-Dade to the affluent gated communities along Biscayne Bay. Transience offers opportunities, connecting business flows and creating an ethnically hybrid workforce, and also poses challenges: high mobility and population turnover impede identification of Miami as home. According to Nijman, Miami is "mistress of the Americas" because of its cultural influence and economic dominance at the nexus of north and south. Nijman likens the city itself to a hotel; people check in, go about their business or pleasure, then check out. Locals, born and raised in the area, make up only one-fifth of the population. Exiles, those who have come to Miami as a temporary haven due to political or economic necessity, are typically yearning to return to their homeland. Mobiles, the affluent and well educated, who reside in Miami's most prized neighborhoods, are constantly on the move. As a social laboratory in urban change and human relationships in a high-speed, high-mobility era, Miami raises important questions about identity, citizenship, place-attachment, transnationalism, and cosmopolitanism. As such, it offers an intriguing window onto our global urban future.