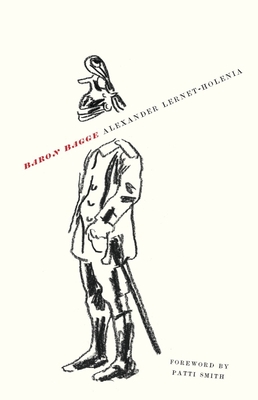 A novel of love and valor, war and stupidity, life and death (as well as what may lay beyond our mortal coils), Baron Bagge concerns a young Austrian cavalry lieutenant in the Carpathian mountains at the beginning of WWI. The baron leads a desperate charge across a bridge to meet the Russian forces, following the orders of his mentally unstable commander:


“We were soon to have proof of his unreliability… But perhaps it is not right to place the blame on him. Perhaps his foolishness was merely the instrument of fate, and the disaster into which he led his squadron, the slaughter of so many men and horses, took place in order that something which could no longer happen within the realm of the living—because it was too late—could happen after life.” And, swaying in a kind of fugue, the baron wanders off the bridge into unknown realms, where—mesmerized by Lernet-Holenia’s phosphorescent style—the reader joins his waking dream.

The greatest novelist of the netherworld darkness stretching on beyond death, Alexander Lernet-Holenia (1895–1977) was born into the aristocracy of the Austro-Hungarian Empire. His novels have been acclaimed for their “dauntless panache: fast-moving, cleverly convoluted, terrific” (Eileen Battersby, Irish Times).

[For I Was Jack Mortimer] Brilliant, extra stylish, excellently written and fearsomely gripping.

A rare and special pleasure—your Baron Bagge is a masterpiece! It is positively magical the way dream and reality glide seamlessly into one another, creating a realm of visionary luminescence, a visual plenitude whose color derives from fever and coursing blood: in this flawless chef d’oeuvre, every word and every sentence rests lightly right where it belongs. Truly you wrote this unforgettable novella in a state of grace

— Stefan Zweig, in a letter to Lernet-Holenia, from the Afterword

But nowhere, as often as he has dealt with it, has this walk to ‘that unknown country from which no wanderer returns’ been traced with such visual power, vividness and dream fantasy as in Baron Bagge, the most beautiful novel written by Alexander Lernet-Holenia.

Fog-of-war tales are always abundant, but this one conjures a unique spell. An unsettling tale of war trauma, cleanly and uniquely told.
— Kirkus Reviews