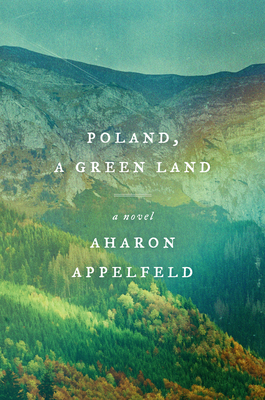 A Tel Aviv shopkeeper visits his parents’ Polish birthplace in an attempt to come to terms with their complex legacy—and is completely unprepared for what he finds there.

Yaakov Fine’s practical wife and daughters are baffled by his decision to leave his flourishing dress shop for a ten-day trip to his family’s ancestral village in Poland. Struggling to emerge from a midlife depression, Yaakov is drawn to Szydowce, intrigued by the stories he'd heard as a child from his parents and their friends, who would wax nostalgic about their pastoral, verdant hometown in the decades before 1939. The horrific years that followed were relegated to the nightmares that shattered sleep and were not discussed during waking hours.
When he arrives in Krakow, Yaakov enjoys the charming sidewalk cafes and relaxed European atmosphere, so different from the hurly burly of Tel Aviv. And his landlady in Szydowce—beautiful, sensual Magda, with a tragic past of her own—enchants him with her recollections of his family. But when Yaakov attempts to purchase from the townspeople the desecrated tombstones that had been stolen from Szydowce’s plowed-under Jewish cemetery, a very different Poland emerges, one that shatters Yaakov’s idyllic view of the town and its people, and casts into sharp relief the tragic reality of Jewish life in Poland—past, present, and future.
In this novel of revelation and reconciliation, Aharon Appelfeld once again mines lived experience to create fiction of powerful, universal resonance.

AHARON APPELFELD is the author of more than forty works of fiction and nonfiction, including The Iron Tracks, Until the Dawn's Light (both winners of the National Jewish Book Award), The Story of a Life (winner of the Prix Médicis Étranger), and Badenheim 1939. Other honors he has received include the Giovanni Boccaccio Literary Prize, the Nelly Sachs Prize, the Israel Prize, the Bialik Prize, and the MLA Commonwealth Award. Blooms of Darkness won the Independent Foreign Fiction Prize in 2012 and was short-listed for the Man Booker International Prize in 2013. Born in Czernowitz, Bukovina (now part of Ukraine), in 1932, he died in Israel in 2018.