The Silk Train Murder: A Mystery of the Klondike (Hardcover) 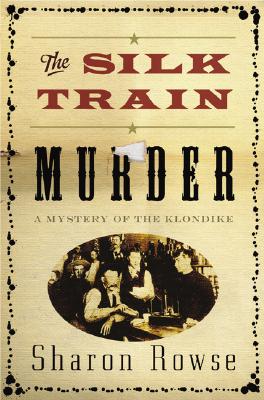 At the turn of the last century, sleek steam liners carried a fortune in silk from the Orient to Vancouver. The costly material, insured by the day, was rushed to New York in specially designed silk trains, which became the target of every crook across the continent. Finding a body on the railroad docks sends John Lansdowne Grenville racing to uncover a killer in a frontier town where he knows no one. Having failed to strike it rich in the Klondike, Grenville has taken a job guarding the silk trains, along with his friend and fellow gold-hunter Sam Scott. When Grenville and Scott come across the body of a gangster on the wharf one snowy morning, Scott is quickly arrested for murder. Grenville is determined to clear his friend, and his hunt for the real killer takes him to the seedy side of the city; to burlesque halls, gambling joints and down along Dupont Street — two blocks of brothels and opium dens along the reeking mudflats. Can Grenville sort out silk trains, smuggling rings, opium dealers, houses of ill repute, power struggles, blackmail and betrayal in time to trap a killer and save his friend?