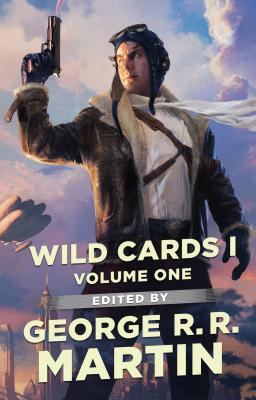 This is book number 1 in the Wild Cards series.

Soon to be a TV show on Hulu!

There is a secret history of the world—a history in which an alien virus struck the Earth in the aftermath of World War II, endowing a handful of survivors with extraordinary powers. Some were called Aces—those with superhuman mental and physical abilities. Others were termed Jokers—cursed with bizarre mental or physical disabilities. Some turned their talents to the service of humanity. Others used their powers for evil. Wild Cards is their story.

Now in development for TV!
Rights to develop Wild Cards for TV have been acquired by Universal Cable Productions, the team that brought you The Magicians and Mr. Robot, with the co-editor of Wild Cards, Melinda Snodgrass as executive producer.

“Martin has assembled an impressive array of writers. . . . Progressing through the decades, Wild Cards keeps its momentum to the end.” —Locus

“Delicious...Everything I hoped for in a new Wild Cards book. The character interactions and plot twists have exactly the complexity, surprise, and unsentimental realism I'd expect out of a George R. R. Martin project.” —Austin Grossman, author of Soon I Will be Invincible on Inside Straight

“New readers and fans of the long-running series will both love the fast-paced plotting and the ever-expanding history of the Wild Card virus on this alternate Earth, where even the superheroes are human.” —Shelf Awarenesson Lowball