Mississippi Roll: A Wild Cards Novel (Book One of the American Triad) (Paperback) 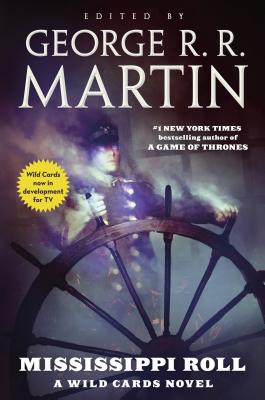 This is book number 24 in the Wild Cards series.

Now on its final voyage, the historical steamboat Natchez is known for her super-powered guest entertainers. But after the suspicious death of a crewmember, retired NY police detective Leo Storgman decides to make this incident his personal case. His findings only lead to a growing number of questions. Is there some truth behind the ghostly sightings of the steamboat’s first captain Wilbur Leathers? What secret does the current captain seem to be hiding? And could the Natchez be ferrying mysterious – and possibly dangerous – cargo onboard?