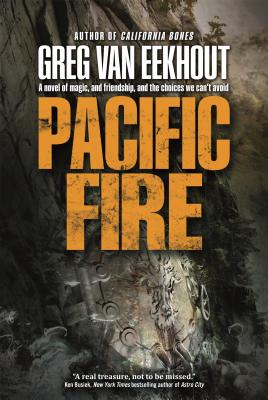 This is book number 2 in the Daniel Blackland series.

Okay, yeah, I'm a golem created from the substance of his own magic by the late Hierarch of Southern California. With a lot of work, I might be able to wield magic myself. I kind of doubt it, though. Not like Daniel Blackland can.

Daniel's the reason the Hierarch's gone and I'm still alive. He's also the reason I've lived my entire life on the run. Ten years of never, ever going back to Los Angeles. Daniel's determined to protect me. To teach me.

But it gets old. I've got nobody but Daniel. I'll never do anything normal. Like attend school. Or date a girl.

Now it's worse. Because things are happening back in LA. Very bad people are building a Pacific firedrake, a kind of ultimate weapon of mass magical destruction. Daniel seemed to think only he could stop them. Now Daniel's been hurt. I managed to get us to the place run by the Emmas. (Many of them. All named Emma. It's a long story.) They seem to be healing him, but he isn't going anyplace soon.

Do I even have a reason for existing, if it isn't to prevent this firedrake from happening? I'm good at escaping from things. Now I've escaped from Daniel and the Emmas, and I'm on my way to LA.

This may be the worst idea I ever had.

"I both love and am terrified by Greg Van Eekhout's vision of Los Angeles. I already want to go back. "—John Scalzi, Hugo Awardwinning author of Old Man's War

For Pacific Fire
"Set in the same world as California Bones, van Eekhout delivers another engaging adventure that, surprisingly for the genre, doesn’t require readers to have read the previous book. Readers will empathize with Sam as he longs to be a “normal” boy and tries to find his place in the world, and the magic system van Eekhout has created continues to fascinate." — RT Book Reviews, 4.5 star review

“A creative magic system, a fictional SoCal that actually contains Latinos, power struggles, friendship, family, a dash of romance, air travel, land travel, sea travel, someone from a boy band — this book has it all!”
— Lightspeed Magazine

“Van Eekhout’s voice has grown stronger in Pacific Fire and he’s locked onto a snappy hu-mor that serves as a foil for the stakes he keeps raising. He manages to do what fantasy should, which is use the unreal to show us truths about how humans work.”
— Locus


For Dragon Coast
"Van Eekhout finishes off this trilogy in a manner that satisfies readers even as it leaves them wondering — in other words, he allows the perfect platform for telling more stories in this world."
— RT Book Reviews, 4.5 star review

"This volume marks a welcome return to the kind of heist plot that made Van Eekhout's debut, California Bones, so captivating. The author's fantastic ear for dialog is often well employed in snark, especially between Daniel and his friend and fellow thief Moth."—Library Journal