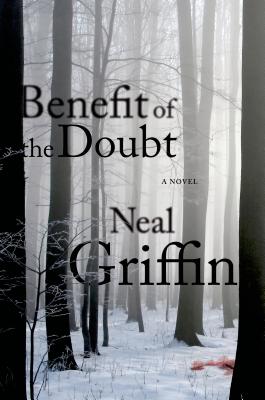 By Neal Griffin
Unavailable to Order
Out of Print

This is book number 1 in the The Newberg Novels series.

Neal Griffin is a twenty-five year veteran of law enforcement. He's seen it all, from routine patrols to drug enforcement to homicide investigations, from corrupt cops to men and women who went far above and beyond the call of duty.

Benefit of the Doubt is a gripping thriller that exposes the dark underbelly of policing in small-town America, where local police departments now deal with big-city crimes and corruption.

Ben Sawyer was a big-city cop, until he nearly killed a helpless suspect in public. Now a detective in the tiny Wisconsin town where he and his wife grew up, Ben suspects that higher-ups are taking payoffs from local drug lords.

Before long, Ben is off the force. His wife is accused of murder. His only ally is another outcast, a Latina rookie cop. Worse, a killer has escaped from jail with vengeance on his mind, and Newburg-and Ben Sawyer-in his sights.

Neal Griffin is the Los Angeles Times bestselling author of Benefit of the Doubt. The son of a philosophy professor, Griffin grew up in Eau Claire, WI, a town much like Newberg, the setting of his first novels. After a stint in the Marines, Griffin went into law enforcement, and is currently Criminal Investigations Division Commander in a small city in California. He is a graduate of the FBI's invitation-only National Academy training program and is a certified Master Instructor in law enforcement leadership and ethics. Griffin is married to Olga Diaz and has four children.

“Benefit of the Doubt needs none--there is no doubt that this fine debut novel is the sure-handed work of an exciting new author.” —Don Winslow, New York Times bestselling author of Savages

“[A] unique and suspenseful debut novel by a cop-turned-author who knows the turf. The story moves at warp speed.” —Joseph Wambaugh, #1 New York Times bestselling author

“A taut and cleverly-plotted page-turner! Griffin is a terrific story-teller, and this compelling tale will keep you guessing from the first chilling line to the unpredictable and completely surprising last page.” —Hank Phillippi Ryan, Mary Higgins Clark, Anthony & Agatha Award-winning author

“A visionary, scathing, supremely effective peek into the darkness that permeates small town Americana. Drawn in vibrant colors upon an ambitious canvas, this major debut is destined to take its place alongside the work of Robert Parker, C.J. Box, and Harlan Coben when it comes to unrelenting suspense and wondrously staged, multi-layered construction.” —Jon Land, bestselling author of Strong Rain Falling and The Tenth Circle