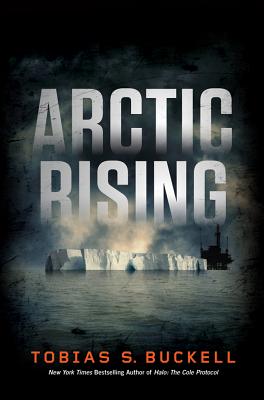 Global warming has transformed the Earth, and it's about to get even hotter. The Arctic Ice Cap has all but melted, and the international community is racing desperately to claim the massive amounts of oil beneath the newly accessible ocean.

Enter the Gaia Corporation. Its two founders have come up with a plan to roll back global warming. Thousands of tiny mirrors floating in the air can create a giant sunshade, capable of redirecting heat and cooling the earth's surface. They plan to terraform Earth to save it from itself--but in doing so, they have created a superweapon the likes of which the world has never seen.

Anika Duncan is an airship pilot for the underfunded United Nations Polar Guard. She's intent on capturing a smuggled nuclear weapon that has made it into the Polar Circle and bringing the smugglers to justice.

Anika finds herself caught up in a plot by a cabal of military agencies and corporations who want Gaia Corporation stopped. But when Gaia Corp loses control of their superweapon, it will be Anika who has to decide the future of the world. The nuclear weapon she has risked her life to find is the only thing that can stop the floating sunshade after it falls into the wrong hands.

Tobias S. Buckell is a Caribbean-born writer who grew up in Grenada, the British Virgin Islands, and the U.S. Virgin Islands. He is the author of the "New York Times" bestselling novel "Halo: The Cole Protocol."

“Tobias Buckell is stretching the horizons of science fiction and giving readers a hell of a lot of swashbuckling fun in the bargain.”
—John Scalzi, bestselling author of Old Man's War

“Buckell delivers double helpings of action and violence in a plot-driven story worthy of a Hollywood blockbuster.”
—Publishers Weekly on Sly Mongoose“Buckell’s world-building, full of strong Aztec and Caribbean elements, is spectacular; the story, finely tuned and engrossing.”  —Booklist on Sly Mongoose

“Zombies. Interplanetary battles. Alien races. A hero that can destroy a city in a single bounce. What’s not to love? Light enough for a beach read, smart enough for bedside, this novel can be enjoyed on multiple levels.”  —RT Book Reviews on Sly Mongoose
“Buckell represents an important force behind the genre’s change. Buckell’s work deals with complex racial issues in a way worthy of the self-proclaimed ‘literature of ideas’: head-on, with no visible flinching, while still managing to give its readers a rollicking good time.”  —The Seattle Times