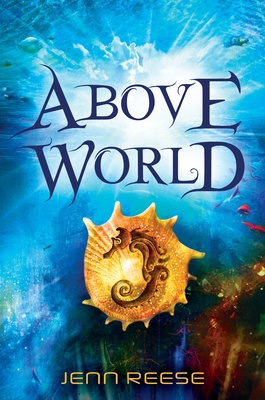 By Jenn Reese
Unavailable to Order
Hard to Find

This is book number 1 in the Above World series.

A suspenseful sci-fi escapade plucks two children out of the ocean for a thrilling adventure.

Thirteen-year-old Aluna has lived her entire life under the ocean with the Coral Kampii in the City of Shifting Tides. But after centuries spent hidden from the Above World, her colony's survival is at risk. The Kampii's breathing necklaces are failing, but the elders are unwilling to venture above water to seek answers. Only headstrong Aluna and her friend Hoku are stubborn and bold enough to face the terrors of land to search for way to save their people. But can Aluna's fierce determination and fighting skills and Hoku's tech-savvy keep them safe? Set in a world where overcrowding has led humans to adapt — growing tails to live under the ocean or wings to live on mountains — here is a ride through a future where greed and cruelty have gone unchecked, but the loyalty of friends remains true.

Jenn Reese writes science fiction and fantasy and has published short stories and two books for adults. She loves martial arts and has trained in kenpo, kung fu, tai chi, and weaponry. She lives in Los Angeles.

A warrior heroine with a caring heart, stalwart friends, an edgy futurist subtext and the suggestion of a possible sequel make this a thrilling sci-fi adventure. Imaginative and riveting.
—Kirkus Reviews

Action-seeking readers should enjoy the many revelations, twists, and hand-to-claw battle sequences, and fierce, take-charge Aluna is the kind of heroine who is easy to get behind. An open-ended conclusion leaves the door to Reese's futuristic world wide open for future adventures.
—Publishers Weekly

Middle-school readers who like straightforward, butt-kicking heroines and creative speculative settings will appreciate all that this book has to offer and be pleased that the open-ended conclusion promises sequels.
—Bulletin of the Center for Children's Books

This book is an interesting and unique twist on the dystopian adventure genre.... This is a fun and quick read; readers will be eagerly awaiting a sequel.
—Library Media Connection