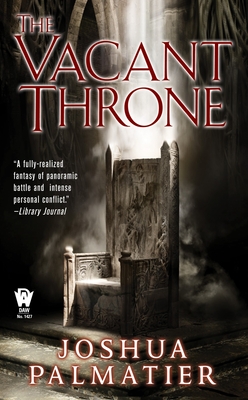 This is book number 3 in the Throne of Amenkor series.

The final book in the gripping and gritty fantasy Throne of Amenkor trilogy, the story of an unlikely heroine in a city devastated and altered by the mysterious White Fire

The city of Amenkor has stood for well over a thousand years as a premier trading center. Ruled by the Mistress of the Skewed Throne, Amenkor has weathered attacks by invaders and the madness, drought, famine, and disease brought by the mysterious White Fire.

But now―betrayed from within and barely surviving a devastating attack by the mysterious Chorl―Amenkor reels on the brink of ruin. In Amenkor's time of greatest need, Varis―raised in the slums of the city, and trained not only to survive but to kill at need―has unwillingly become the ruler of the city―the new Mistress of the Skewed Throne.

Untrained, unprepared, and not certain who she can trust, Varis takes the Throne at one of the most perilous points in Amenkor's long history, and is forced to draw on all of Amenkor's limited resources, both ordinary and magical, when the Chorl invade. And perhaps the price Varis pays is too high, as the very heart and soul of Amenkor's power―the Skewed Throne―is destroyed during the final desperate confrontation with the invaders.

Now, with the threat of the Chorl's return still hanging over them, Varis has no choice but to turn to Amenkor's sometime ally, the city of Venitte, home to the only other throne that is a repository of magical power.

Yet Varis and the people of Amenkor are not the only ones looking toward Venitte. The Chorl invaders are on the march, and whether Venitte will fare any better against the Chorl than Amenkor remains to be seen.