Cover Me in Darkness: A Mystery (Paperback) 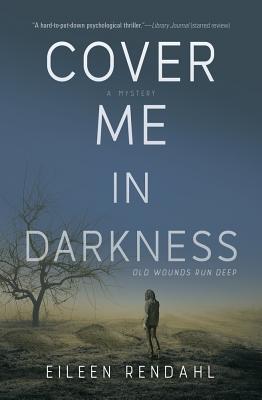 By Eileen Rendahl
Unavailable to Order
Hard to Find

Amanda Sinclair has to fight harder than most for everything she has after fleeing the cult that left her brother dead at her mother's hand. Amanda works a quiet job in quality control for a small cosmetics company, trying to leave her past behind her--until she learns that her mother has committed suicide in the mental ward where she's been locked away for the past ten years.

But when Amanda receives her mother's personal belongings, she finds a troubling connection to the upcoming parole hearing for cult leader Patrick Collier. And then troubling things begin happening to Amanda herself. Teaming up with her mother's psychologist, Amanda starts to peel away the layers of secrets that she's built between herself and her own past, and what she finds is a truth that's almost too big to believe.

"Dark and charged from the start, Cover Me in Darkness . . . is an excellent new novel by a confident writer."--ForeWord Reviews

"Readers who stick it out are rewarded with a sudden, pulse-pounding conclusion . . . leaving readers satisfied."--RT Book Reviews

"Unlikely allies drive a story in which Rendahl never lets her heroine escape her past."--Kirkus Reviews