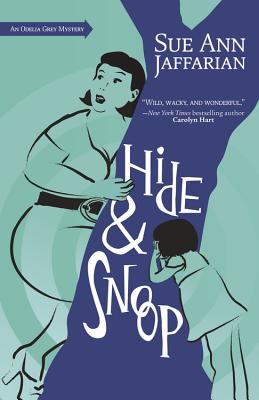 By Sue Ann Jaffarian
Unavailable to Order
Hard to Find

This is book number 7 in the Odelia Grey Mysteries series.

A merger at Odelia Grey's law firm has put her job in jeopardy, and her new icy-cold boss, Erica Mayfield, has it in for her. The humiliation doubles when Erica dumps her three-year-old niece with Odelia and disappears for the weekend. The nerve Primed for a confrontation, Odelia impulsively goes to her boss's house in the middle of the night--and finds Erica's sister murdered. Before she knows it, Odelia's madcap misadventure to prove her own innocence ends up in a cuddly cradle of crime.

Despite Jaffarian's flirtations with vampires and ghosts, her original series is still her best. Odelia takes no nonsense from anyone and stops at nothing to give the bad guys what they deserve.--Kirkus Reviews

Jaffarian is a skilled writer who is able to make extreme situations seem plausible and minor characters multidimensional. This character-rich series will appeal especially to readers of G. A. McKevett. --Booklist

It's nice to read a book in which the heroine is not obsessed over body image. Odelia...is happy, healthy, in love--and utterly charming.--Kathleen Hennrikus, The New York Journal of Books