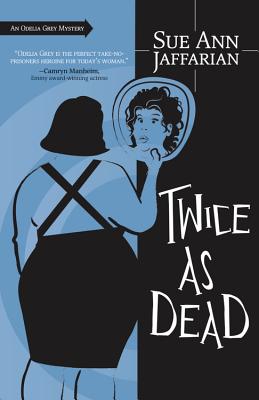 By Sue Ann Jaffarian
Unavailable to Order
Hard to Find

This is book number 6 in the Odelia Grey Mysteries series.

Corpse magnet Odelia Grey is at it again--stumbling across a dead body at a wedding reception while Achy Breaky Heart plays in the background. Bodies are turning up so fast that Odelia enlists the help of her family and friends--Greg, Seth, Zee, Detective Frye, her half brother Clark, even her pompous boss Michael Steele. But solving a mystery is twice as hard when the victims have more secrets than the killer.

Plenty of humor, the charms of the feisty main character, and a great supporting cast add to the amusement.--Booklist

Jaffarian outdoes herself this time with an exceedingly clever plot.--Mystery Scene