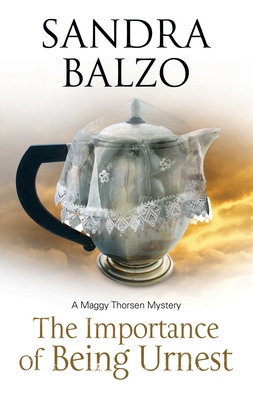 Maggy confronts a number of mysterious deaths and has an important decision to make about her future with Sheriff Jake Pavlik in the new Maggy Thorsen coffeehouse mystery. The choice of an antique silver coffee urn as the final resting place for elderly Celeste Bouchard's ashes might seem a cruel joke. After all, the wealthy boutique owner was taken ill and died while daughter Hannah was off having lattes at Uncommon Grounds. But Maggy Thorsen, the coffeehouse's owner, has more pressing things on her mind: a jail break and subsequent shoot-out has forced her main squeeze, Sheriff Jake Pavlik, to take refuge with her. And Maggy has a serious decision to make: marriage or not? And with an escaped convict still on the loose, Maggy suddenly has a difficult and dangerous puzzle to solve.