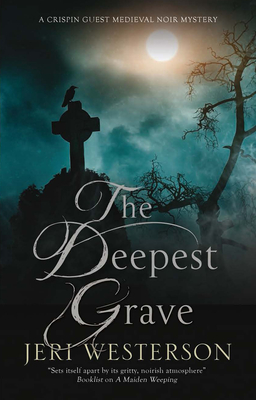 This is book number 10 in the Crispin Guest Medieval Noir Mystery series.

Crispin Guest must tackle a number of strange occurrences involving St Modwen's Church and a missing relic in this latest medieval noir mystery. London, 1392. Strange mischief is afoot at St Modwen's Church. Are corpses stalking the graveyard at night, disturbing graves, and dragging coffins? When a fearful Father Bulthius begs Crispin Guest for his help, he agrees to investigate with his apprentice, Jack Tucker, intrigued by the horrific tales.
Meanwhile, an urgent summons arrives from Crispin's former love, Philippa Walcote. Her seven-year-old son, Christopher, has been accused of murder and of attempting to steal a family relic - the missing relic of St Modwen. Who is behind the gruesome occurrences in the graveyard? Is Christopher guilty of murder? Crispin faces a desperate race against time to solve the strange goings-on at St Modwen's and prove a child's innocence.