The Fine Art of Holding Your Breath (Paperback) 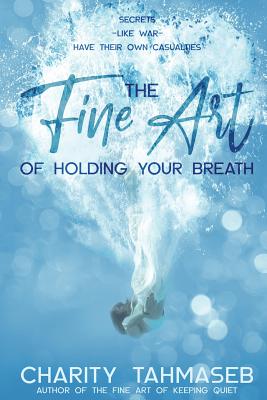 Secrets-like war-have their own casualties. MacKenna's mother died when she was a baby, a casualty of the first Gulf War. Now seventeen, MacKenna has spent her life navigating the minefield of her dad's moods, certain of one thing: she is destined to follow in her mother's combat boots. But when she pursues an ROTC scholarship, she finds herself at war before even enlisting. Her father forbids her from joining the military, inexplicable considering he'd raised her to be a "warrior princess." MacKenna turns to her grandmother, who arms her with an ammo crate containing her mother's personal effects from the war. Hidden in the crate's false bottom is a journal, one her mom stashed there hours before her death. While MacKenna untangles the secrets of her parents' tragic love story, her own life unravels. Dad's behavior becomes erratic, her best friend grows distant and even hostile, and a boy from her past returns-with a life-threatening secret of his own. If ever a girl needed her mother, it's now. The pen might be mightier than the sword, but are a mother's words strong enough to slice through years of hidden pain? Can those words reach through the battlefields of the past to change MacKenna's future?

Charity Tahmaseb has slung corn on the cob for Green Giant and jumped out of airplanes (but not at the same time). She spent twelve years as a Girl Scout and six in the Army; that she wore a green uniform for both may not be a coincidence. These days, she writes fiction (long and short) and works as a technical writer for a software company in St. Paul. Her novel, The Geek Girl's Guide to Cheerleading (written with co-author Darcy Vance), is a YALSA 2012 Popular Paperback pick in the Get Your Geek On category.