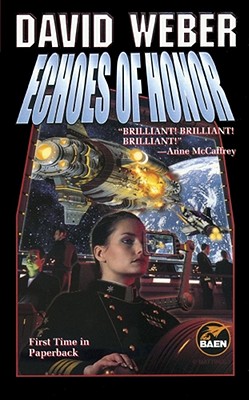 This is book number 8 in the Honor Harrington series.

For eight years, Commodore Honor Harrington was in the forefront of the battle between the Star Kingdom of Manticore and the powerful People's Republic of Haven. Then she was captured and publicly executed. But Honor is far from dead, what's more, she's going home and taking her people with her.