It's All Because Of You (Paperback) 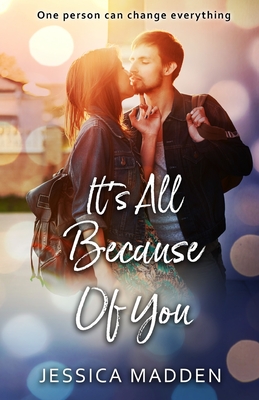 It has been two years since Jordan Gates's life was changed when he was asked to be tutored by Mary-Kate Rowe. Without her help, Jordan wouldn't be the person he is today. With his father being released from jail, Jordan does what he can to repair the relationship with his father. But it isn't easy when his father is mentally destroyed from his biggest regret that put him behind bars, struggling to keep a positive outlook for the future.

Thinking about his own future as he deals with his own depression, Jordan looks back on his past and his relationship with Mary-Kate, reflecting on the kind of person he has become if it wasn't for her.