Out of the Shadows - Jenna's Secret (Paperback) 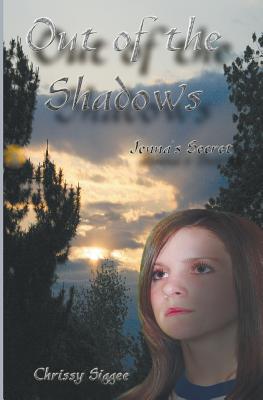 My passion to help teens with eating disorders began when I worked as a pastoral care worker in a local hospital. I visited many teenagers that had caused horrific pain to themselves, as well as to those who loved and cared for them.

However, this is not a story of someone with a full-blown eating disorder. Jenna's Secret is the story of a girl who, at the brink of going too far, learns from her mistakes and from seeing those who crossed the line.

Jenna wanted to change, and because of that, she accepted the help of others. Her determination to turn her life around is helped by a network of medical staff, social workers, her family and church family. Unfortunately, this is seldom the case, but through God's grace, it can happen. This story is meant as an early warning cry to teens and parents.

The story behind Jenna is one of a young girl who didn't intentionally get herself into this position. No one sets out to be anorexic or bulimic, but the range of deeper psychological problems can lead to the development of more complicated and damaging symptoms of these conditions.

Just a few weeks ago, I spoke to someone who wanted to buy Jenna's Secret for a friend whose fourteen-year-old is in hospital for the second time. The girl's mother is apparently not visiting her daughter in hospital as a way of punishing her for getting herself in this condition, and is refusing to have her home until she's cured. To me, that's not the answer.

Some readers may find my approach to the topic is against the norm, and I certainly don't want it to appear that anorexia and bulimia are pushovers to get over. That's far from my intent. I've seen too many girls damage their bodies beyond repair, sometimes to the point of mutilating themselves. One girl I remember was banned from using knives and forks to eat her meals because she used them to punish herself for overeating.

This topic has been on my heart for years. What I hope to share through Jenna's story is that it's not the end of the road because a girl makes mistakes. We can all learn from our mistakes, and they don't have to be duplicated.

Hope needs to be restored in young hearts, and it needs to be done early. They need to know it doesn't have to be that way forever ... if they want to change.