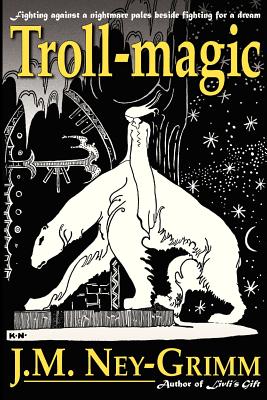 What if Beauty faces not only her angry Beast and his curse, but a curse threatening every mage alive?

As a bespelled north-bear, Prince Kellor fights confused rage and wracking pain. Any curse possesses loopholes, but his requires his childhood friend to put her head in the noose for him.

Elle lost track of Kellor long ago and now longs to play flute in the city. But her father insists she forget her musical ambition and marry a local lad. Interrupting the long-running argument, Kellor arrives on their rural doorstep in beast form.

When Elle accompanies Kellor to his lonely, magical and musical palace, her quest to break his curse founders on a hidden proviso at the spell's heart and the linked urgencies of three strangers: a boy seeking to learn what really happened the day his mother was buried; a healer-turned-bureaucrat longing to cure the afflicted who die on his watch; and a voiceless ghost who haunts the palace halls and yearns to speak her truth.

Confounded by mystery and beguiled by the marvels garnishing Kellor's home, the pair's grace period evaporates when Elle unwittingly triggers a trap inherent in the curse. The troll-witch who cast it sweeps in to carry Kellor-and the uncanny miracle he's devised-away to her frozen citadel.

Both Kellor and Elle must seize destiny by the neck-and refuse to let go-until they make their dreams come true. Or else Kellor will marry the witch's daughter, while Elle loses him forever.

Troll-magic is a lyrical Beauty and the Beast tale that pits down-to-earth friendship and stirring-the-oatmeal love against malice and distorted will. If you enjoy beguiling characters and intricately braided plots spangled with scintillas of thrilled wonder, you'll love J.M. Ney-Grimm's fresh take on an old fairy tale.

Buy Troll-magic to change nightmare into wonder beyond dreaming today

"...Troll-magic has a certain poetic style I've yet to come across elsewhere. Descriptions are...evocative, characters are natural and complex..." -James J. Parsons, GoodReads

"This is the kind of book that you keep thinking about... All through the day you will find yourself hoping for just a few minutes to pick it up again. Loosely based on a familiar folk tale, the world depicted is magical, but the people are very real." -M.A. Dunn, Smashwords

"Troll-magic was a fun read... This story mixes adventure, romance, life lessons and, of course, magic. J.M. Ney-Grimm has created a fascinating new world. Her detailed descriptions and colourful writing style bring the world of Silmaren and the Norse-lands right off the page and into life." -W. Walsh, Amazon

"Her work compares favorably with Robin McKinley and Patricia McKillip... if you're looking for an intelligent, fun and interesting read, I highly recommend this book." -Mira, Amazon

He stood on all fours, his giant clawed paws pushing against the cold flagstones of the hillcot's terrace. He could manage short intervals of standing on his hind legs-for sniffing the wind or freeing his forward limbs for knocking on a door-but he would be intimidating enough as it was, without looming twelve feet tall.

He heard a light step inside. There was a pause, and the door swung in. Elle stood on the threshold, looking him straight in the eye. Her own were as blue as he remembered...

In short, she was the friend from his childhood...and yet not his old friend: taller, hints of curves. Why had he never noticed she was beautiful before? All his planned introductions slipped away.

J.M. Ney-Grimm lives with her husband and children in Virginia, just east of the Blue Ridge Mountains. She's learning about permaculture gardening, post-carbon preparation, and debunking popular myths about food. The rest of the time she reads Robin McKinley and Lois McMaster Bujold, plays boardgames like Settlers of Catan, rears her twins, and writes stories set in her troll-infested North-lands. Look for her novels and novellas at your favorite bookstore - online or on Main Street.