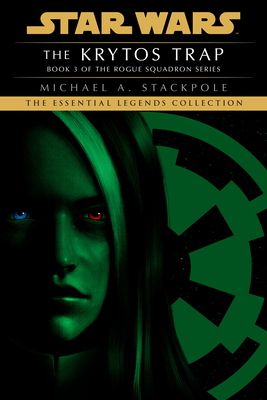 This is book number 3 in the Star Wars: Rogue Squadron- Legends series.

The brave pilots of Rogue Squadron face the impossible as the sinister Ysanne Isard wreaks havoc on a fragile Coruscant.

The Rebels have taken the Imperial headquarters world of Coruscant, but their problems are far from over.

A killer virus called Krytos is spreading among the population and fomenting a counterrevolution at the heart of the New Republic. At the same time, Rebel hero Tycho Celchu is on trial for treason, accused of murdering his comrade and fellow pilot Corran Horn.

Corran, however, is still alive, trapped in the secret, inescapable prison of Ysanne Isard, the imperial officer whose reputation for torture and cruelty have earned her the moniker Iceheart. As he fights for his freedom, the pilot discovers an extraordinary power in himself—the power of the Force!