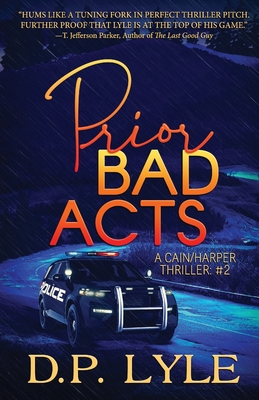 Fear grips an isolated mountain town after drug dealer Dalton Southwell kills a rogue dealer and his entire family. Score settled; message delivered. But Dalton's best-laid plans go awry when his brother Dennie takes a bullet in the gut. In a panic, Dr. Buck Buckner is kidnapped from the local ER, a pharmacy is robbed and the owner murdered, and the killers melt into the rugged Tennessee hills. Buck's physician father calls in Bobby Cain and Harper McCoy to rescue his son from killers who would have little use for him after he saves Dennie; or worse, the wounded man dies. But which direction and how far did they run? What hideaway did they burrow into? For Cain and Harper it's a race against time to locate the killers, safely retrieve Buck, and settle their own score.