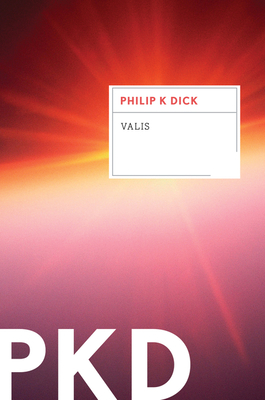 This is book number 1 in the Valis Trilogy series.

“Dick is one of the ten best American writers of the twentieth century, which is saying a lot. Dick was a kind of Kafka steeped in LSD and rage.”—Roberto Bolaño

What is VALIS? This question is at the heart of Philip K. Dick’s ground-breaking novel, and the first book in his defining trilogy. When a beam of pink light begins giving a schizophrenic man named Horselover Fat (who just might also be known as Philip K. Dick) visions of an alternate Earth where the Roman Empire still reigns, he must decide whether he is crazy, or whether a godlike entity is showing him the true nature of the world.

VALIS is essential reading for any true Philip K. Dick fan, a novel that Roberto Bolaño called “more disturbing than any novel by [Carson] McCullers.” By the end, like Dick himself, you will be left wondering what is real, what is fiction, and just what the price is for divine inspiration.

Over a writing career that spanned three decades, PHILIP K. DICK (1928–1982) published 36 science fiction novels and 121 short stories in which he explored the essence of what makes man human and the dangers of centralized power. Toward the end of his life, his work turned to deeply personal, metaphysical questions concerning the nature of God. Eleven novels and short stories have been adapted to film, notably Blade Runner (based on Do Androids Dream of Electric Sheep?), Total Recall, Minority Report, and A Scanner Darkly, as well as television's The Man in the High Castle. The recipient of critical acclaim and numerous awards throughout his career, including the Hugo and John W. Campbell awards, Dick was inducted into the Science Fiction Hall of Fame in 2005, and between 2007 and 2009, the Library of America published a selection of his novels in three volumes. His work has been translated into more than twenty-five languages.