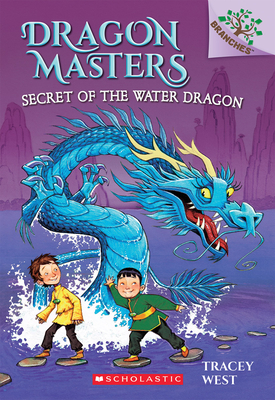 This is book number 3 in the Dragon Masters series.

Drake and the rest of the Dragon Masters are back for another adventure!
This series is part of Scholastic's early chapter book line called Branches, which is aimed at newly independent readers. With easy-to-read text, high-interest content, fast-paced plots, and illustrations on every page, these books will boost reading confidence and stamina. Branches books help readers grow!

In this third book in the series, someone is trying to steal the Dragon Stone. Drake soon discovers that the thief is his friend and fellow Dragon Master, Bo! Could the dark wizard somehow be behind this? The Dragon Masters must find a way to protect the Dragon Stone--and keep Bo's family out of danger. Will the secret to solving their problems lie with Bo's dragon, Shu? Drake is about to find out!