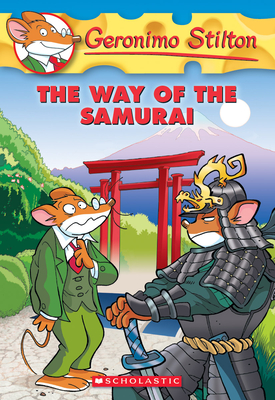 With imagination and power, the award-winning Pinkney duo celebrates MLK's nonviolent struggle for civil rights -- as he transforms America through the spirit of love.A Washington Post Best Book of the YearA Kirkus Reviews Best Book of the YearA New York Public Library Best Book of the YearA School Library Journal Best Book of the Year* "Unique and remarkable." --Publishers Weekly, starred review* "Each poem trembles under the weight of the story it tells... Martin Rising packs an emotional wallop and, in perfect homage, soars when read aloud." --Booklist, starred reviewIn a rich embroidery of visions, musical cadence, and deep emotion, Andrea and Brian Pinkney convey the final months of Martin Luther King's life -- and of his assassination -- through metaphor, spirituality, and multilayers of meaning.Andrea's stunning poetic requiem, illustrated with Brian's lyrical and colorful artwork, brings a fresh perspective to Martin Luther King, the Gandhi-like, peace-loving activist whose dream of equality -- and whose courage to make it happen -- changed the course of American history. And even in his death, he continues to transform and inspire all of us who share his dream.Wonderful classroom plays of Martin Rising can be performed by using the "Now Is the Time" history and the 1968 timeline at the back of the book as narration -- and adding selected poems to tell the story!

Andrea Davis Pinkney and Brian Pinkney have made an outstanding contribution to the field of children's literature both as individuals and as a team. Between them, they have published more than 70 children's books that have received the highest awards and accolades, including Caldecott Honors, Coretta Scott King Honors, NAACP Image Award nominations, and the May Hill Arbuthnot Honor Lecture Award, to name a few. To learn more, please visit andreadavispinkney.com and brianpinkney.net.
Andrea Davis Pinkney is the New York Times bestselling and award-winning author of nearly 50 books for young readers, among them The Red Pencil and A Poem for Peter, as well as several collaborations with her husband, Brian Pinkney, including Martin Rising: Requiem for a King, Sit-In, and Hand in Hand, which received the Coretta Scott King Book Award. Andrea Davis Pinkney lives in New York City. You can follow her on Twitter at @AndreaDavisPink, on Instagram at @Andreapinkney1, and on Facebook at @andreadavispinkey.

Distinctions and Praise for Martin Rising: Requiem for a King:A Washington Post Best Book of the YearA Kirkus Reviews Best Book of the YearA New York Public Library Best Book of the YearA School Library Journal Best Book of the YearA Chicago Public Library Best Book of the Year"Envisioned for young readers but sure to be appreciated more widely, Martin Rising depicts King as a source of warmth and brightness on its radiant front cover. [The Pinkneys] sustain and develop this idea throughout their book, paying stirring tribute to King's personal warmth, spiritual strength and leadership. The book's vivid poetry bursts with information as well as feeling, and the watercolor images are grounded in reality but feel elevated, on a higher plane." --The Washington Post* "Spiritually vital." --Kirkus Reviews, starred review* "Unique and remarkable." --Publishers Weekly, starred review* "Each poem trembles under the weight of the story it tells... Martin Rising packs an emotional wallop and, in perfect homage, soars when read aloud." --Booklist, starred review* "A powerful celebration of Martin Luther King Jr...As the last moments of King's life tick away, the narrative zooms in, detailing the emotional beats of his final public speeches, the feverish exhaustion of long days and nights away from home... Throughout, the crowds filling churches seeking inspiration and bravely marching in the face of violence are as much a part of the story as King himself....Beautifully illustrated and begging to be read aloud, this poetry collection is an exceptional classroom tool for civil rights lessons and offers much for individual readers to linger over." --School Library Journal, starred review* "A creative poetic celebration of the contributions of Martin Luther King Jr. that also, as a song for the dead, includes a meticulous explanation of how and why he died.... Accompanying the varied and intense poetry, Brian Pinkney's swirling watercolor, gouache, and India ink illustrations give life and movement to King's story and reflect the complex emotions that surface throughout this biography...." --The Horn Book, starred review"This genre-bending work uses poetry to document the last months of Martin Luther King, Jr.'s life... This well-researched, thorough tribute captures the details that make each section vividly memorable... The often alliterative and sometimes rhyming poetry, full of simile and metaphor, begs for re-reading and performing.Brian Pinkney's ...luminescent illustrations epitomize the essence of King's life as a beacon of light and creates hope, even during troubling times.... Theback matterincludes a retelling of the events of King's last months in straight-forward text accompanied by black-and-white photographs, a timeline, and a bibliography.Martin Risingis an inspiring joy to read and a genuinely unique accolade." --VOYAPraise for Martin & Mahalia: His Words, Her Song:* "Wife-and-husband team Andrea Davis Pinkney and Brian Pinkney match talents as they weave together the stories of two giants of the American civil rights movement...[A] colorful, inspirational resource." --Booklist, starred review"Historical context and artistic inspirations wrap up this informative approach to the two icons and the effect of their partnership on history." --School Library JournalPraise for The Red Pencil:* "Pinkney faces war's horrors head on, yet also conveys a sense of hope and promise." --Publishers Weekly, starred review* "Pinkney uses deft strokes to create engaging characters through the poetry of their observations and the poignancy of their circumstances....A soulful story that captures the magic of possibility, even in difficult times." --Kirkus Reviews, starred review* "Amira's thoughts and drawings are vividly brought to life through Pinkney's lyrical verse.... An essential purchase." --School Library Journal, starred review

"Lightning pace and full-color design will hook kids in a flash." -- Publishers Weekly