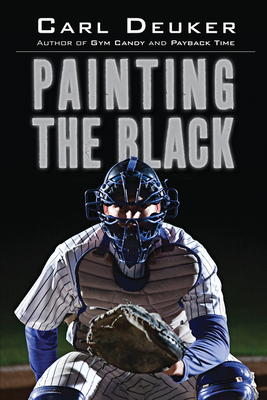 In his senior year of high school, late bloomer Ryan Ward has just begun to feel the magic of baseball—the thrill of catching a wicked slider, of throwing a runner out, of training hard and playing hard. His friend Josh, the star of the team, has helped Ryan push his limits. But when Josh clearly pushes the limits too far, Ryan is faced with a heartbreaking dilemma: he must choose between his love for the game and his sense of integrity.

Carl Deuker is a celebrated author of “top-flight sports writing matched to uncommonly perceptive coming-of-age stories” (Kirkus Reviews). He describes his younger self as a classic second-stringer: “I was too slow and too short for basketball; I was too small for football, a little too chicken to hang in there against the best fastballs. So, by my senior year the only sport I was still playing was golf.” He was a teacher for many years in the Seattle area, where he now lives with his wife.

"Rather than producing a stereotyped high school jock, Deuker portrays Josh as a complex and multidimensional character. . . . A well-crafted sports novel that delivers without becoming didactic or boring."  —SLJ

“The well-written sports scenes—baseball and football—will draw reluctant readers, but it is Ryan’s moral courage that will linger when the reading is done.” —Booklist

“The baseball diamond leads to much more than just a winning season in this exciting and moving novel. . . . Deuker, adept at capturing the thrills during the game, also proves talented at dramatizing Ryan’s torment in the face of his friend’s deeds; the depiction of a boy coming into his own is resonant and inspiring.” —Kirkus Reviews

"An excellent sports story, with a lot more to it than just the game of baseball."  —VOYA