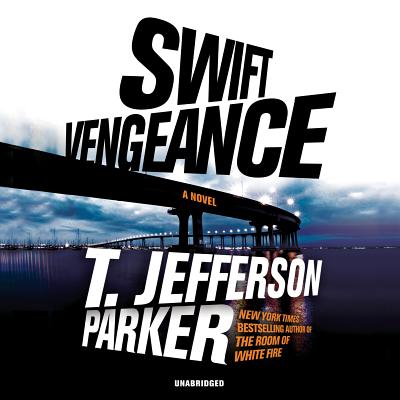 This is book number 2 in the A Roland Ford Novel series.

In this incendiary thriller from three-time Edgar Award winner and New York Times bestselling author T. Jefferson Parker, Roland Ford is hunting down a mysterious killer, jockeying for position with the FBI, and risking everything to save a friend in terrible jeopardy.

Returning hero and private investigator Roland Ford is on the trail of a mysterious killer who is beheading CIA drone operators and leaving puzzling clues at each crime scene. His troubled friend Lindsay Rakes is afraid for her own life and the life of her son after a fellow flight crew member is killed in brutal fashion. Even more terrifying is the odd note the killer left behind: "Welcome to Caliphornia. This is not the last." Ford strikes an uneasy alliance with San Diego-based FBI agent Joan Taucher, who is tough as nails but haunted by what she sees as the Bureau's failure to catch the 9/11 terrorists, many of whom spent their last days in her city. As the killer strikes again, Ford and Taucher dash into the fray, each desperate for their own reasons--each ready to risk it all to stop the killer from doing far more damage.

T. JEFFERSON PARKER is the author of numerous novels and short stories, the winner of three Edgar Awards, and the recipient of a Los Angeles Times Book Prize for best mystery. Before becoming a full-time novelist, he was an award-winning reporter. He lives in Fallbrook, CA, and can be found at tjeffersonparker.com/.

“Roland Ford is a compelling hero: financially comfortable but not emotionally complacent, empathetic and equipped with the training and inclination to vanquish wickedness. Mr. Parker’s devotees should be well-pleased.”--Wall Street Journal

“Non-stop action…[T. Jefferson Parker’s] new series succeeds not only in entertaining but also in challenging readers to ponder the circle of vengeance unleashed by the Iraq war and America's seemingly endless war on terror.”—Associated Press

“Parker remains one of our finest novelists as well as mystery-thriller writers. And in Swift Vengeance, he has fashioned a powerful tale rich in both character and story that makes Roland Ford the modern-day equivalent of John D. MacDonald’s Travis McGee.”--Providence Journal

“Parker keeps quite a few balls in the air, skillfully steering us toward and away from a batch of possible killers while maintaining a twisty, relentless pace. As a result, his "Vengeance" is swift, indeed."—Minneapolis Star Tribune

"This is one of those rare novels--so cinematic and exciting with vivid characters to care about--that I could not help casting every role as I raced through pages.  Hollywood should grab it now!"—Joseph Wambaugh

“Terrific...The hunt for Caliphornia is suspenseful, the backstory behind the threats is disturbingly horrible, and the denouement is scary and satisfying. Parker deepens the narrative with musings on Ford's life, the horrors and ambiguities of the war on terror, and the fine line between justice and vengeance.”—Publishers Weekly (starred review)

“[Roland Ford] is a kick-ass warrior with a heart of gold...Parker's writing is sharp, and each character in the extended cast is unique and finely nuanced despite the super-fast-paced narrative...This is quintessential California noir.”—Booklist