Star of the North: A Novel (Hardcover) 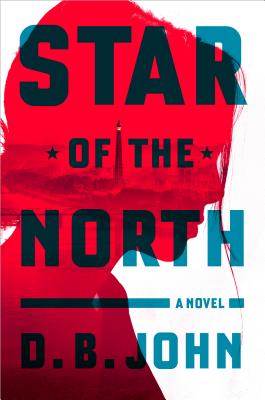 By D. B. John
Unavailable to Order
Hard to Find

“A thrilling tale of abduction and escape in North Korea....highly entertaining." —The Washington Post

A propulsive and ambitious thriller about a woman trying to rescue her twin sister from captivity in North Korea, and the North Korean citizens with whom she forms an unlikely alliance

Star of the North opens in 1998, when a Korean American teenager is kidnapped from a South Korean beach by North Korean operatives. Twelve years later, her brilliant twin sister, Jenna, is still searching for her, and ends up on the radar of the CIA. When evidence that her sister may still be alive in North Korea comes to light, Jenna will do anything possible to rescue her--including undertaking a daring mission into the heart of the regime. Her story is masterfully braided together with two other narrative threads. In one, a North Korean peasant woman finds a forbidden international aid balloon and uses the valuables inside to launch a dangerously lucrative black-market business. In the other, a high-ranking North Korean official discovers, to his horror, that he may be descended from a traitor, a fact that could mean his death if it is revealed. As the novel progresses, these narrative strands converge and connect in surprising ways, ultimately building to an explosive and unforgettable climax.

D. B. JOHN was born in Wales. He began training as a lawyer but switched to a career in publishing, editing popular children's books on history and science. In 2009 he moved to Berlin, Germany, to write his first novel, Flight from Berlin. A visit to North Korea in 2012 inspired Star of the North. He lives in Angel, London.

“A thrilling tale of abduction and escape in North Korea....highly entertaining." —The Washington Post

"Extraordinary ... smart, sophisticated, suspenseful - and important.  If you try one new thing this year, make it Star of the North." — Lee Child

"The best thrillers offer something more ambitious than simply raising the pulse rate of the reader. In Star of the North it is geopolitical complexity...This is a masterly evocation of life under the Kim Jong-un regime" — The Guardian

“A remarkable story about the most opaque country on Earth…Star of the North would be a superior thriller even if it was pure fiction.” —Booklist (starred review)

“This is a smart, sophisticated, topical spy story hard to put down…I highly recommend this book for anyone longing to know more about this shadowy nation and its secretive regime.” - The Missourian


“From the very first page of this riveting thriller, I knew that D.B. John was a talented writer, and that Star of the North wasn’t like any other book I’ve read before. It’s not only brilliantly plotted, with espionage, secrecy, and obsession, it’s a story about survivors, told by three complex and fully realized characters, each battling their own personal demons. John portrays the hardships of North Korea and its people with painful accuracy while never losing sight of their humanity. This one is definitely a star." – Chevy Stevens, New York Times bestselling author of Never Let You Go and Still Missing

"A superior thriller, deftly plotted and richly human, steeped in the intrigue, culture and family of a closed regime, both terrifying and upliftingly emotional. It delivers on all fronts." – Andrew Gross, New York Times bestselling author of The One Man

“This one brims with marvelous characters and delivers heart-in-your throat action.  Every page brims with reality, intensity, and passion, all unraveling at a perfect pace.  Enjoy.”  - Steve Berry, New York Times Bestselling author of The Lost Order

“An informed look at the oppression, corruption, and widespread suffering under Kim Jong-il.” —Kirkus

“As gripping as it is shocking, this is an adrenalin-rush of a thriller that is also a devastating portrayal of a brutal regime. I couldn’t pull myself away.” – Sabine Durant, author of Under Your Skin

"D.B. John delivers the timeliest thriller of 2018. An intricately constructed puzzle box of spies and tradecraft that plunges the reader on a cyanide-laced sprint through North Korea. The real star though is D.B. John’s crackling prose, which breathes humanity and dignity into the most repressive nation on earth. The last hundred pages read like ten, I had to fight the urge to flip to the end." - Matthew Fitzsimmons, author of The Short Drop

"Tense and compelling" - James Swallow, author of Nomad and Exile