Taking Power: On the Origins of Third World Revolutions (Paperback) 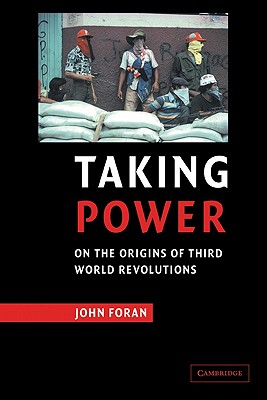 Analyzing the causes behind thirty six revolutions in the Third World between 1910 and the present, this text attempts to explain why so few revolutions have succeeded, while so many have failed. The book is divided into chapters that treat particular sets of revolutions including the great social revolutions of Mexico (1910), China (1949), Cuba (1959), Iran (1979)and Nicaragua (1979), the anticolonial revolutions in Algeria, Vietnam, Angola, Mozambique, and Zimbabwe from the 1940s to the 1970s, and the failed revolutionary attempts in El Salvador, Peru, and elsewhere.