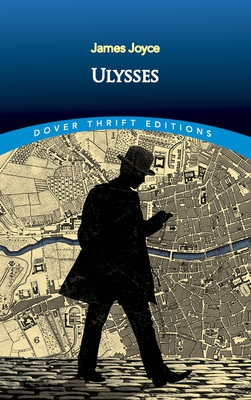 Banned in the United States until 1934 on account of its "pornographic" content, this controversial classic transforms a single day in Dublin into an experimental epic. James Joyce's psychological novel vividly re-creates the sights, sounds, smells, and voices of a June day in 1904 within a structure loosely based on Homer's Odyssey. Famed for the stream-of-consciousness technique that marked the beginning of modernist literature, the tale abounds in parodies, riddles, and sparkling wordplay. The long shadow it casts over subsequent novels has raised the suggestion that English-language fiction since 1922 has been a series of footnotes to Joyce's masterpiece.
Few first editions generate more excitement among traders in rare books than Ulysses. Since the novel's debut, many experts have reinterpreted surviving drafts to produce revised texts, but this edition remains the one that Joyce himself reviewed and corrected prior to the initial publication. Thus, this volume represents the version truest to the author's vision.