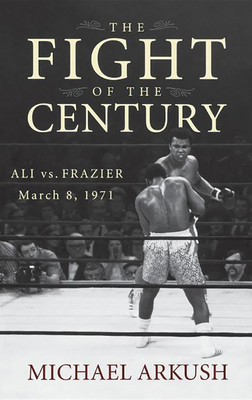 Advance Praise The Fight of the Century brings back memories of a different and troubled time both in sports and in our country. It is vividly reported and a perfect example of the old saying that the genius is in the details. --John Feinstein The Fight of the Century just floats like a butterfly and sings like a canary. Arkush recaptures the period of the late '60s when America was in a quandary about Vietnam, Ali's refusal to be drafted, about Smokin' Joe Frazier's claim on the heavyweight title, and the amazing build-up to this great fight. I saw the fight and remember the intensity in Madison Square Garden; people were fainting in the aisles. The electricity of that fight buzzes through this book. --Phil Jackson Ali-Frazier I was the greatest sports event I ever saw or ever expect to see. With his landscape portrait of the men and their times, Michael Arkush takes us again to that historic moment in Madison Square Garden when two of boxing's proudest warriors began their blood feud. --Dave Kindred, author of Sound and Fury: Two Powerful Lives, One Fateful Friendship Arkush not only gives us the inside story on one of the century's signature sporting events, he frames it politically and socially. I was there, and now I know much more about what happened. This is flesh and blood and history. --Robert Lipsyte The Fight of the Century transcends the mere sports story. In Michael Arkush's capable hands, this classic duel and its surrounding pressures and personalities show us where we have been as a society and where we are going. It is a story that truly stands for a place and time. It is a fully engrossing read. --Michael Connelly, #1 New York Times bestselling author Never is a long time, but there'll never be another cosmic boxing event like Ali-Frazier I. Michael Arkush brings alive that melodrama with all its political-social implications, wheeling and dealing, hyping and hitting. --Larry Merchant, author and boxing commentator A richly detailed history of Ali and Frazier's first big fight and the social and political forces at play. A great read. --Ron Shelton, director of Bull Durham and Tin Cup.

Michael Arkush has written nine books, including two New York Times bestsellers: The Last Season (with Phil Jackson), an account of the Lakers' memorable 2003-2004 campaign, and Rush!, an unauthorized biography of Rush Limbaugh. He and his wife, Pauletta, live in Alexandria, Virginia.