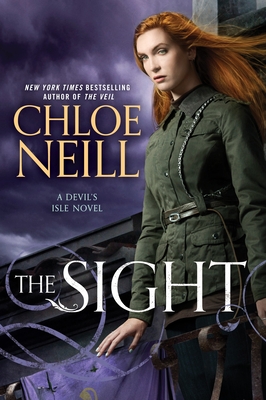 The paranormal war that engulfed New Orleans seven years ago is over.  But the battle for the city is just beginning . . .

Claire Connolly is a Sensitive, infected with magic when the Veil that divides humanity from the world beyond fell. Magic can easily consume and destroy a Sensitive, and if Claire’s secret is discovered she’ll be locked into the walled district of Devil’s Isle along with every other Paranormal left in the city.

Bounty hunter Liam Quinn discovered Claire’s secret, but refused to turn her in. Together they saved New Orleans from the resurgence of magic that nearly destroyed it. But now a dangerous cult is on the rise, and it will take both Claire and Liam—and magical allies within Devil’s Isle’s towering walls—to defeat the growing threat before magic corrupts them both...

Chloe Neill is the New York Times and USA Today bestselling author of the Captain Kit Brightling, Heirs of Chicagoland, Chicagoland Vampires, Devil’s Isle, and Dark Elite novels. She was born and raised in the South, but now makes her home in the Midwest, where she lives with her gamer husband and their bosses/dogs, Baxter and Scout.  Chloe is a voracious reader and obsessive Maker of Things; the crafting rotation currently involves baking and quilting. She believes she is exceedingly witty; her husband has been known to disagree. Learn more about Chloe and her books at: chloeneill.com

Praise for The Veil

“[The Veil] was full of action, a steady to fast-paced plot, mystery, a slight romance element, and an interesting mix of familiar, yet unique world-building. Any and every urban fantasy fan out there needs to read this.”—Vampire Book Club

“The Veil was truly a fantastic read and most certainly one of my top reads for 2015 thus far. If you’re a fan of Chicagoland Vampires, you will fall in love with The Veil…and Claire and Liam.”—Literary Escapism

“The world building was fabulous; The characters were likable; The plot and tension provided a great ‘what’s going to happen next’ feeling that kept me engaged...I loved it and basically devoured it in only a few sittings.”—Paranormal Haven