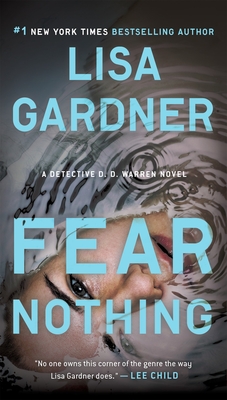 This is book number 8 in the Detective D. D. Warren series.

Detective D. D. Warren must consult one killer to catch another in this taut thriller from the #1 New York Times bestselling “master of psychological suspense” (Associated Press).

They were daughters of a monster—a father who slaughtered eight prostitutes before dying himself. Dr. Adeline Glen left the nightmare behind, and now she specializes in pain management. Her sister, Shana Day, followed in her father’s violent footsteps, first killing at age fourteen and being incarcerated for more than twenty-five years.

After a brutal attack, Boston Detective D. D. Warren needs Adeline’s professional help to recover physically. But when a new psychopath known as the Rose Killer begins a reign of terror, D. D. must also consult the insane Shana—who claims she can help catch the madman.

D. D. may not be back on the job, but she is back on the hunt. Because the Rose Killer isn’t just targeting lone women; he’s targeting D. D. And she knows there’s only one way to take him down...

Lisa Gardner is the #1 New York Times bestselling author of twenty novels, including Look For Me, Right Behind You, Find Her, Crash & Burn, Fear Nothing, Touch & Go, Catch Me, and The Neighbor, which won the International Thriller of the Year Award. She lives with her family in New England.

Praise for Fear Nothing

“Fear Nothing rushes off on a dead sprint and never lets up.”—The Providence Journal

“An intelligent, sophisticated psychological thriller...Gardner continues to show us why she is on the short list of top thriller writers today.”—Suspense Magazine

“Gardner retains her place on thrillerdom’s top tier. Gardner has a reserved seat on most bestseller lists, and she’ll be claiming her spot once again.”—Booklist

“No one owns this corner of the genre the way Lisa Gardner does.”—#1 New York Times bestselling author Lee Child

“For years Lisa Gardner has been one of the best in the thriller business, but Find Her is something new: taut psychological suspense, an intricate mystery, emotionally devastating, ultimately empowering—a novel that should not be missed.”—#1 New York Times bestselling Harlan Coben

“Lisa Gardner’s work has the chills and thrills to excite, and the heart to draw you in.”—#1 New York Times bestselling author Sandra Brown

“Lisa Gardner is the master of the psychological thriller.”—Associated Press

“No one writes this kind of modern horror tale better than Gardner, no one.”—The Providence Journal

“A psychological thriller both chilling and emotional. Her narrative thrums with heart-pounding scenes and unexpected twists that have you furiously flipping pages.”—USA Today Happy Ever After

“The line between mysteries and thrillers and so-called literary fiction has always been a thin one, but contemporary writers like Lisa Gardner make that sort of arbitrary distinction seem especially foolish.”—Connecticut Post

“When it comes to author Lisa Gardner, the tales she writes are always extreme gems in the literary world, and this is no exception.”—Suspense Magazine

“From the captivating first sentence to the shocking conclusion, this is addictive reading entertainment at its finest.”—Brit & Co