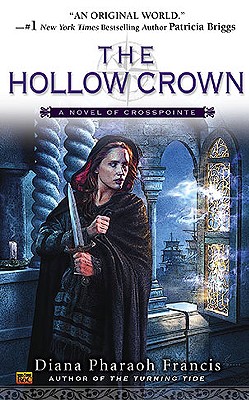 By Diana Pharaoh Francis
Unavailable to Order
Out of Print

The fourth exciting installment in the tumultuous world of Crosspointe

After the murders of the king and queen, the island empire of Crosspointe is on the verge of chaos. The ruthless Lord Chancellor has taken the throne and made slaves of most of the royal family. Now, in order to sabe the country they love, the king's heirs are determihed to rally whatever allies they have left and overthrow the Lord Chancellor- before the Jutras invade.