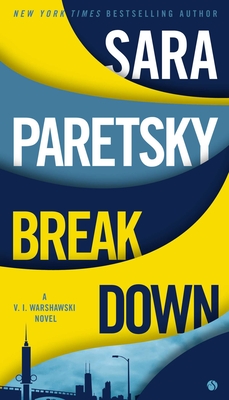 This is book number 15 in the A V.I. Warshawski Novel series.

A strange crime gets V.I. Warshawski involved with some of Chicago’s most rich and powerful players in this thriller from New York Times bestselling author Sara Paretsky.

When a group of Chicago tweens holds a ritual in an abandoned cemetery, they stumble on an actual corpse—stabbed through the heart in a vampire-style slaying. V.I. Warshawski arrives on the scene to escort the girls home–but protecting them places her at the tangled center of the investigation. And the girls include daughters of some of Chicago’s most powerful families: the grandfather of one, Chaim Salanter, is among the world’s wealthiest men; the mother of another, Sophy Durango, is running for the United States Senate.

For V.I., the questions multiply faster than the answers. Is the killing linked to a hostile media campaign against Durango—or to Salanter’s childhood in Nazi-occupied Lithuania? As V.I. struggles to find an answer, she finds herself fighting enemies who are no less terrifying for being all too human.

“With a satisfying array of baddies and the same comfortable heroes, Sara Paretsky gives her fans all they could ask for and everything they should expect.”—Chicago Sun-Times

“One of the many pleasures of Sara Paretsky's V.I. Warshawski novels is that the sharp-tongued, short-tempered detective often seems to be following clues that lead not just to the heart of whatever mystery is at hand, but also into the red-hot center of the zeitgeist itself.”—Los Angeles Times

“Full of thrills, chills and social ills...The Warshawski novels have only grown better: more ambitious in their construction and fiercer both in their feminist politics and in their commitment to storylines about social justice.”—Maureen Corrigan, NPR.Books