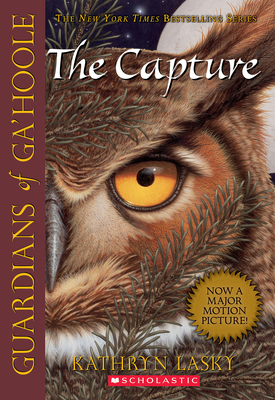 Kathryn Lasky’s Guardians of Ga’Hoole series begins with the young owl Soren falling out of his nest.  Before he can make his way back home, he’s abducted by a patrol from the St. Aegolius Academy for Orphaned Owls.  But this is no ordinary orphanage — the owlets there are brainwashed and forced into menial work for reasons no one can tell.  Despite the harsh environment, Soren and his new friend Gylfie never lose hope, and together they plot their escape. Though these books are written with a younger audience in mind, they have everything that you could want in an epic fantasy series — fierce battles, legendary warriors, hope, heartbreak, betrayal, a lived-in world...and as an added bonus, you get to learn a thing or two about owls along the way.

GUARDIANS OF GA'HOOLE is a classic hero mythology about the fight between good and evil. This series is filled with adventure, suspense, and heart.

In the first book in the GUARDIANS... series, the reader is introduced to Soren, a barn owl and the centerpiece of the series. When Soren is pushed from his family's nest by his older brother, he is rescued from certain death on the forest floor by agents from a mysterious school for orphaned owls, St. Aggie's. When Soren arrives at St. Aggie's, he suspects there is more to the school than meets the eye. He and his new friend, the clever and scrappy Gylfie, find out that St. Aggie's is actually a training camp where the school's leader can groom young owls to help achieve her goal--(cont.)

Kathryn Lasky is the Newbery Honor-winning author of over one hundred books for children and young adults. Her beloved Guardians of Ga’Hoole fantasy series has sold more than 4 million copies, and she is the author of the Daughters of the Sea series, the Wolves of the Beyond series, as well as A TIME FOR COURAGE and other Dear America titles. Kathryn has also written a number of critically acclaimed nonfiction titles, such as BEYOND THE BURNING TIME and TRUE NORTH. She lives with her husband in Cambridge, MA.

Soren, a sweet little barn owl who is not quite ready to fly, is booted out of his nest by his evil older brother, Kludd, while his parents are out hunting. Left on the ground to either hide or be eaten, Soren is swept up by an alarmingly large great horned owl and carried off to the St. Aegolius Academy for Orphaned Owls. At the Academy, his name is replaced with a number, he is told to ask no questions, and put to work as a picker, pulling apart owl pellets to look for mysterious flecks. Kept alert by his questioning mind and the steadfast friendship of Gylfie, a likewise kidnapped elf owl, Soren sets out to solve the riddle posed by St. Aggie's and ultimately to escape and help save his owl world from the domination of those running the orphanage. Characterization is merely adequate, but the setting is well realized with enough background to give the owl world depth and history. The plotting, although predictable, is swift and involving, making this first installment in a projected series a compelling read. It will appeal to readers of animal fantasies such as the Redwall series or Avi's Poppy (Orchard, 1995/VOYA June 1996).-Ann Welton.

Gr 4-8-At the beginning of this new series, a young Barn Owl named Soren lives peacefully with his family, participating in rituals like the First Meat ceremony, and enjoying legends about the Guardians of Ga'Hoole, knightly owls "who would rise each night into the blackness and perform noble deeds." After he falls from his nest, his idyllic world transforms into one of confusion and danger, as he is captured by evil chick-snatching owls and taken to the St. Aegolius Academy for Orphaned Owls. Soren and his new friend Gylfie work to develop strategies for withstanding "moon blinking" (brainwashing), while secretly striving to learn how to fly. The legends of Ga'Hoole help them to survive, and they are able to escape to find their families and warn the world about the dangers of St. Aegolius. While the owls have human characteristics, such as Soren's determination and Gylfie's creative ideas, their actions and culture reflect Lasky's research into owl behaviors and species. The story's fast pace, menacing bad guys, and flashes of humor make this a good choice for reluctant readers, while the underlying message about the power of legends provides a unifying element and gives strong appeal for fantasy fans.-Beth L. Meister, Yeshiva of Central Queens, Flushing, NY Copyright 2003 Reed Business Information.

Gr. 5-8. Soren, a barn owl still weeks away from fledging, is knocked from his otherwise loving family's nest by his nasty older brother. He is swooped up from the forest floor by a pair of nefarious owls who hold him--along with many other owlets of diverse species--captive in a kind of owl social reformatory. Lasky portrays an owl world that has more in common with George Orwell than with Brianacques, offering readers big questions about human social psychology and politics along with real owl science. Broad themes related to the nature of personal choice, the need for fellowship based on love and trust, and sharing knowledge with one's peers are presented compellingly and with swift grafting to the animal adventure story. Developmentally linked celebrations (such as First Fur and First Meat ), methods devised for brain-washing (including the regimental marching of sleepy owls by moonlight), and the diverse landscapes in which owls makes their homes come to life here as Soren rebels against his captors, makes a friend, and executes the first stage of his planned liberation and family reconciliation. Readers will look forward to upcoming installments. --Francisca Goldsmith Copyright 2003 Booklist