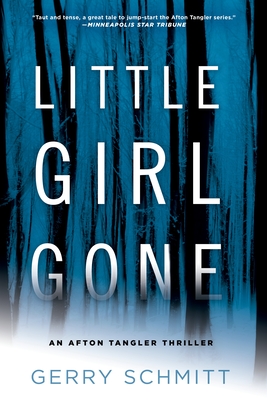 This is book number 1 in the An Afton Tangler Thriller series.

“Readers will be at the edge of their seats.” —Crimespree Magazine

“The energy in this thrilling debut...mounts to a fever pitch.”—Romantic Times

A missing child, a desperate detective, and a bold new voice in psychological suspense combine in a thriller that is “taut and tense.”*

On a frozen night in an affluent Minneapolis neighborhood, a baby is abducted from her home after her teenage babysitter is violently assaulted. The parents are frantic, the police are baffled, and, with the perpetrator already in the wind, the trail is getting colder by the second.

As family liaison officer with the Minneapolis P.D., it’s Afton Tangler’s job to deal with the emotional aftermath of terrible crimes—but she’s never faced a case quite as brutal as this. Each development is more heartbreaking than the last and the only lead is a collection of seemingly unrelated clues.
But, most disturbing of all, Afton begins to suspect that this case is not isolated. Whoever did this has taken babies before—and if Afton doesn’t solve this crime soon, more children are sure to go missing . . .

Gerry Schmitt is the New York Times bestselling author of more than thirty-five mysteries, including the Afton Tangler Thrillers, as well as the Tea Shop, Scrapbooking, and the Cackleberry Club Mysteries, written under the pen name Laura Childs. She is the former CEO of her own marketing firm, has won dozens of TV and radio awards, produced two reality TV shows, and invests in small businesses. She and her professor husband enjoy collecting art, traveling, and have two Shar-Peis.

“Readers will be at the edge of their seats.”—Crimespree Magazine

“The energy in this chilling debut…mounts to a fever pitch.”—RT Book Reviews