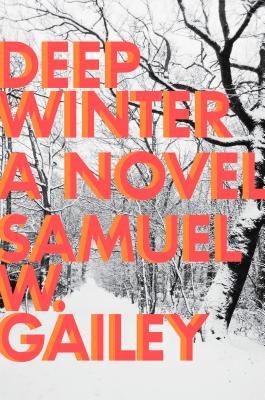 In the small town of Wyalusing in eastern Pennsylvania, a woman is found brutally murdered one winter night. Next to the body is Danny Bedford, a misunderstood man who suffered a tragic brain injury that left him with limited mental capabilities. Despite his simple life, his intimidating size has caused his neighbors to ostracize him out of fear of what he may do. So when the local bully-turned-deputy discovers Danny with the body, it's obvious that Danny's physical strength has finally become deadly. But in the long, freezing night that follows, the murder is only the first in a series of crimes that viciously upset the town order an unstoppable chain of violence that appears to make Danny's guilt undeniable.
With the threat of an approaching blizzard, the local sheriff and a state trooper work through the predawn hours to restore some semblance of order to Wyalusing. As they investigate one unspeakable incident after another, they discover an intricate web of lies revealing that not everything is quite what it seems.
With echoes of Scott Smith's "A Simple Plan "and Tana French's "In the Woods, "Samuel W. Gailey's "Deep Winter "is a richly atmospheric and ingeniously plotted debut, surprising to the final page. It's impossible to escape this bone-chilling story of deception, where the truth is uncertain and something sinister lurks just below the surface. . . .

“A great, fast-paced read. More depth, reality and heart than Gone Girl by Gillian Flynn, while maintaining as much suspense.” --Graham (Goodreads)

“This is a harsh, brutal novel, as bleak as its wintertime setting. It’s also so brilliantly done, so artfully underwritten with not a word wasted, that readers may hate themselves for letting this grim narrative trap them in its coils.” –Booklist

“Set deep in the heart of rural Pennsylvania, Deep Winter hits you with the toxic blast of Frank Bill, combined with the raw emotional intensity of Daniel Woodrell.” –Raven Crime Reads blog

“Gailey writes visually, rendering the characters and action both vivid and alive.” –Kirkus

“Set in rural Pennsylvania, Samuel W. Gailey’s Deep Winter is a beautiful and brutal debut. Put Steinbeck’s Of Mice and Men in a blender with Scott Smith’s classic crime novel A Simple Plan, then watch as Gailey hits the switch and everything in this world spins dangerously out of hand. A wonderful fast-paced read.” –Urban Waite, author of The Terror of Living and The Carrion Birds

“Deep Winter is a fast-paced thriller tense enough to give you paper cuts from turning the pages so quickly.” –Joe R. Lansdale, author of The Thicket

“Deep Winter captures the every bit of the darkness of a Selby Jr, novel and relocates it in rural Pennsylvania …. I will put [it] in the hit category.... [It] is an exciting, fast paced novel with plenty to offer in the way of suspense. Highly recommended for crime novel fans and those who like a darker, real world story.” --Evilcyclist blog

“An atmospheric, highly charged mystery. Readers will be caught up in the story, the characters and the approaching storm that will follow. Highly recommended.” --Rosemary (NetGalley)

“A clever and compelling character driven novel about the events leading up to and the aftermath of a brutal murder. Told from several points of view over a short period of time, this was a fascinating old school type read with a wonderful noir feel to it…. Mr. Gailey has created a tense, claustrophobic atmosphere within the tightly woven and fast moving plot – and given us an authentic soundbite of small town life….Unpredictable and astute, I would recommend this for lovers of crime fiction, especially if they like it with a classic feel rather than a more modern one.” --Liz Loves Books blog

“Mr. Gailey has created a tense, claustrophobic atmosphere within the tightly woven and fast moving plot… Nicely executed…Unpredictable and astute, I would recommend this for lovers of Crime Fiction.” --Liz (Goodreads)

“It's a rare mystery suspense that keeps one on the edge of their seats but also moves one to tears.…the book felt like a classic and was a story of redemption.” --Charlotte (Goodreads)

“The book is affecting…I ended up with a tear in my eye due to a sense of goodness as it ended.” --Sharon (Goodreads)