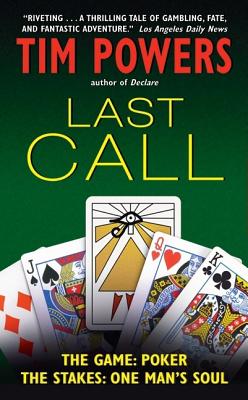 By Tim Powers
Unavailable to Order
Hard to Find

Set in the gritty, dazzling underworld known as Las Vegas, Last Call tells the story of a one-eyed professional gambler who discovers that he was not the big winner in a long-ago poker game . . . and now must play for the highest stakes ever as he searches for a way to win back his soul.

“A novel of the supernatural and occult that is hard boiled, seamy and suspenseful as the best film noir.”
— Tom Robbins

“Brilliant! Compelling and satisfying! Tim Powers is one of our best writers, and LAST CALL is his best book yet.”
— Raymond E. Feist